Manila is evaluating a maritime version of the Dhruv mk3 light helicopter, which HAL has developed for the Indian Coast Guard and Indian Navy.

Manila is evaluating a maritime variant of the Dhruv ALH, which HAL has developed in Bengaluru on request from the Indian Navy and Coast Guard. It involved integrating the Dhruv Mark III with maritime policing capabilities, converting the plain vanilla ALH into a variant called the Dhruv Maritime Role (MR).

As the “original equipment manufacturer” (OEM) of the Dhruv, HAL developed the Dhruv MR without being blocked by end user restrictions. 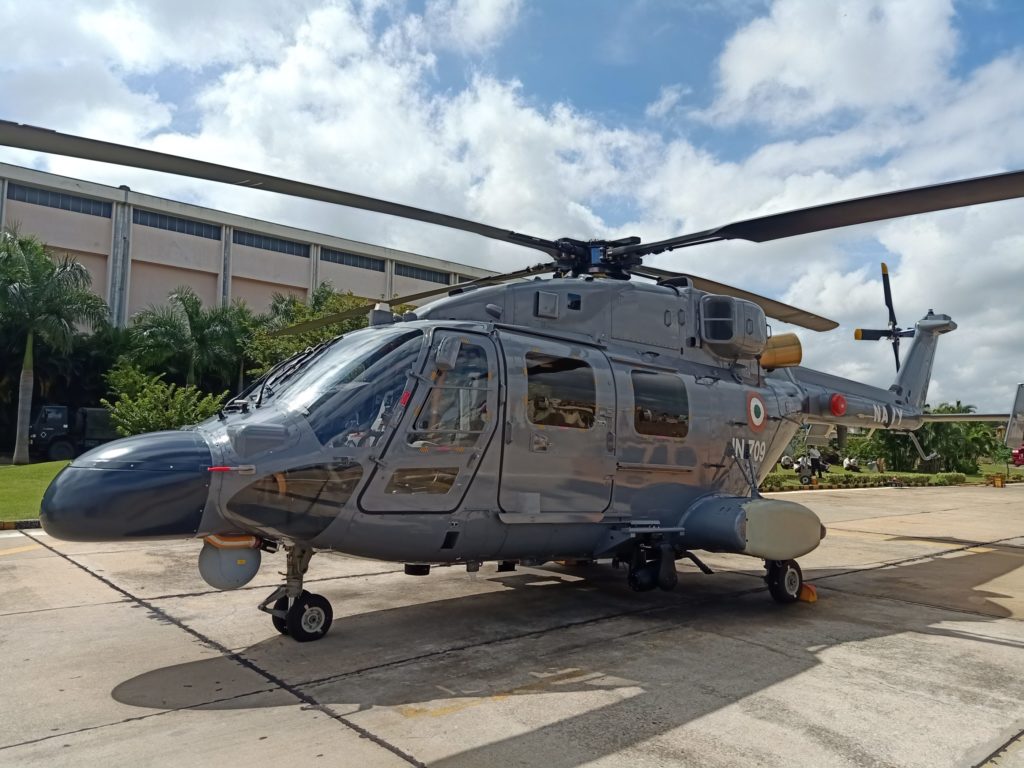 The Philippines contracts will be worth a record Rs 3,000 crore, India’s largest-ever export of defence equipment. If both aircraft perform well and deliver high serviceability rates, further export orders could follow.

According to industry and market assessments, Manila’s maritime helicopter purchase has boiled down to a straight contest between two helicopters – the Dhruv MR and Airbus Helicopters Panther AS565. 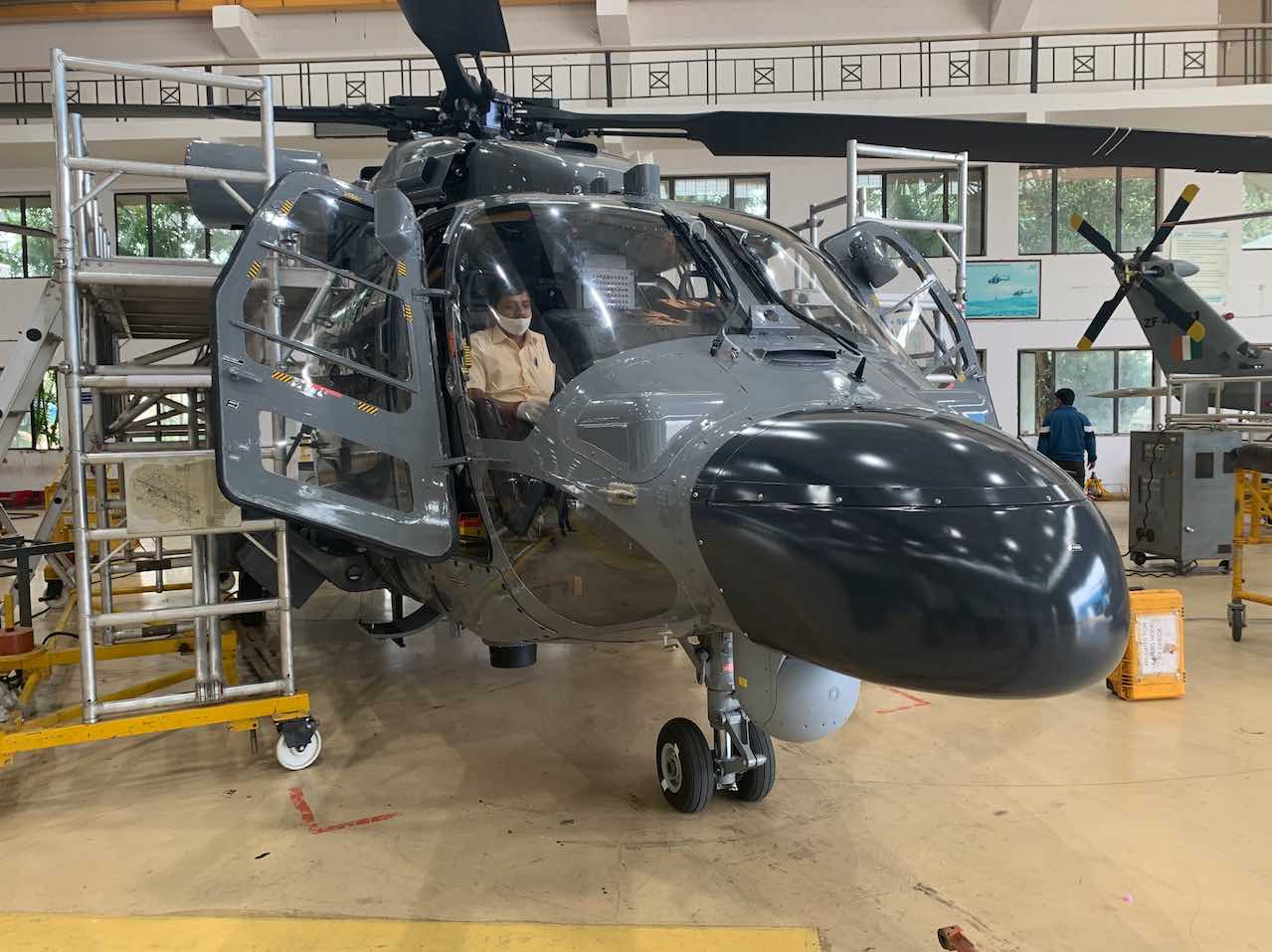 HAL had first revealed Manila’s interest in buying these two “Made in India” platforms in its Annual Report for 2020-21. Now, HAL’s chairman, R Madhavan, has confirmed to Business Standard: “Our prospects in the Philippines look good.”

“Both helicopters cost roughly the same, but we will offer a better support package, including spares and support from HAL. We will also offer Manila the option to do its own MRO. We also will price the Dhruv MR aggressively,” says Madhavan. 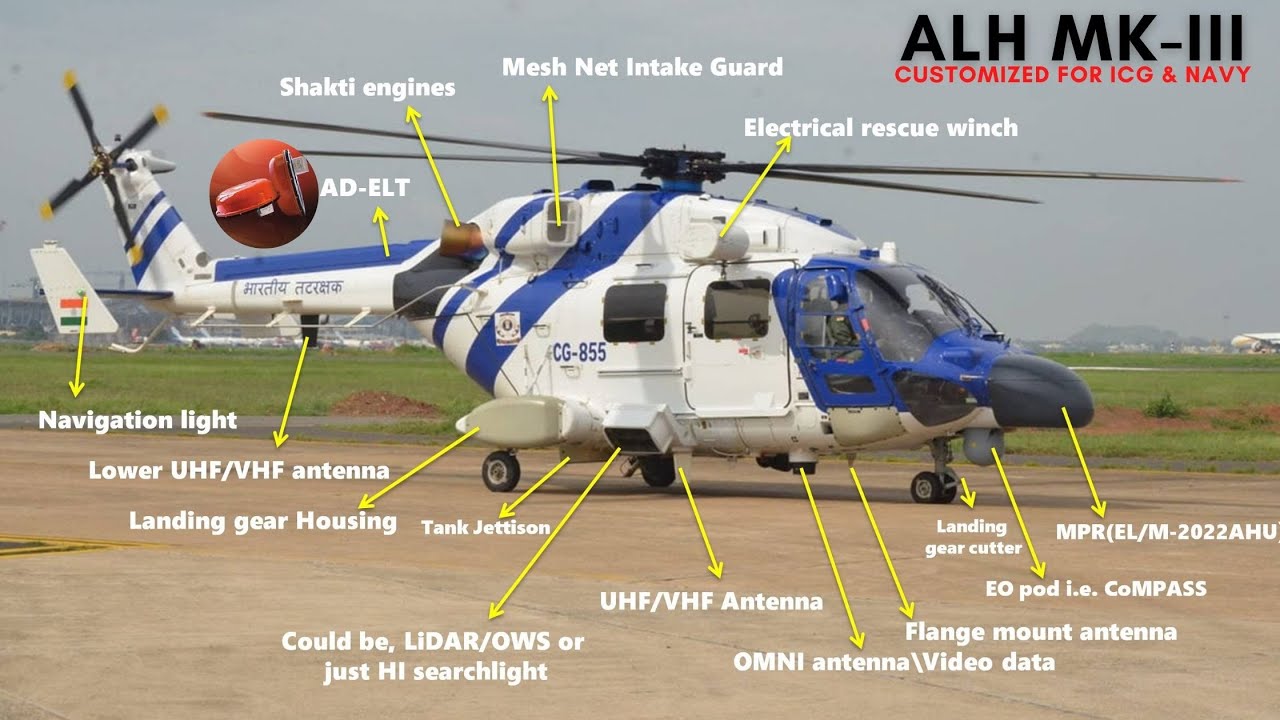 The Dhruv ALH has been growing in sophistication, as well as in cost. The initial ALH version – the plain vanilla Dhruv Mark I – was sold to the military for Rs 45-50 crore. The cost rose to Rs 70 crore for each Dhruv Mark III, with its glass cockpit and anti-vibration dampers. With the maritime role fitments on the Dhruv MR adding another Rs 40 crore, the cost of each Dhruv MR will be about Rs 110 crore. 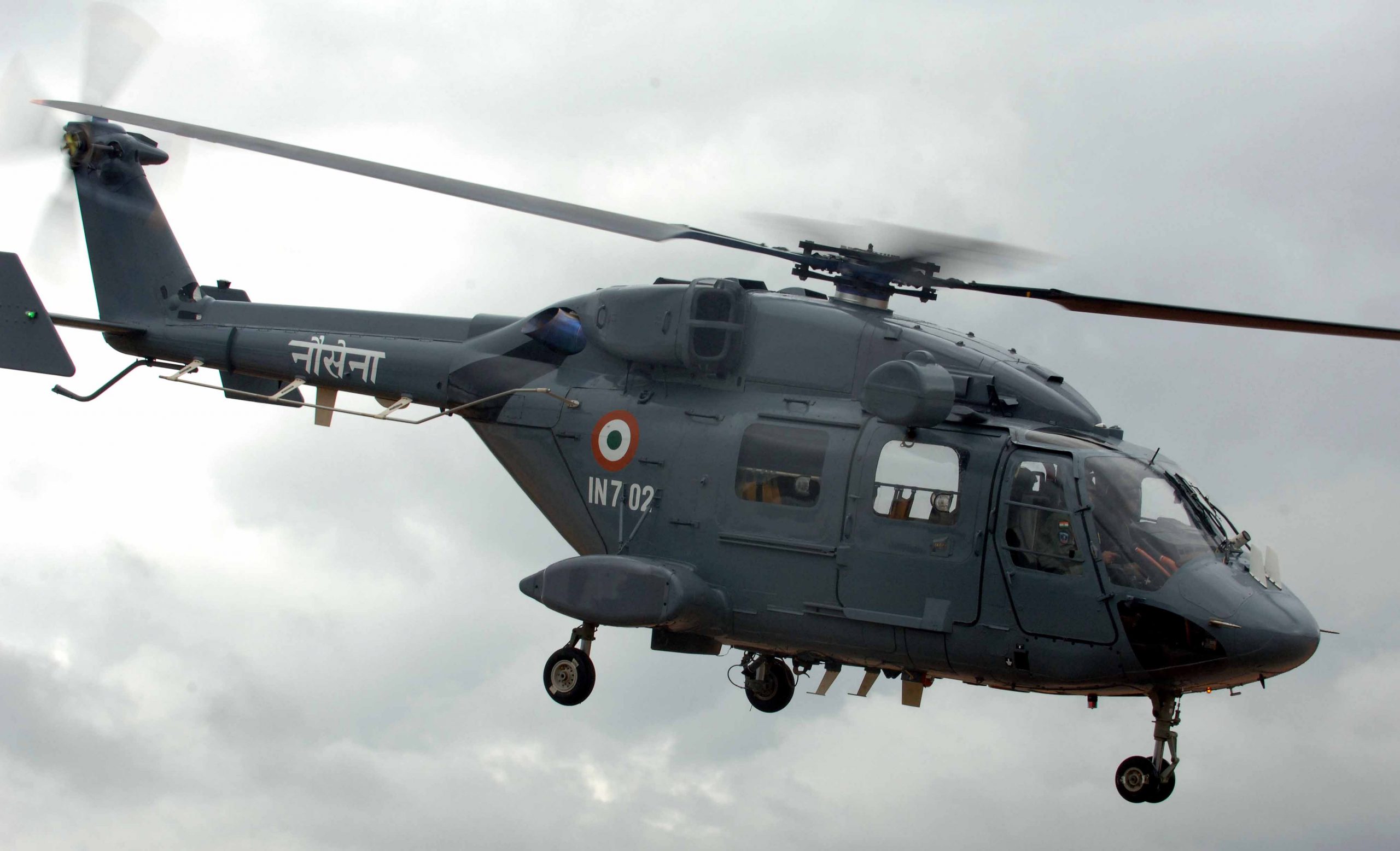 The specialist maritime equipment in the Dhruv MR includes: an on-board weather radar (6-7 crore); an electro-optical pod (5-6 crore); a searchlight (one crore); a tracker beam, emergency flotation gear; a VHF homing device; a traffic collision avoidance device; a rescue hoist that is anchored just below the main rotors, and a slithering device for marine commandoes.

HAL’s confidence in designing and developing helicopters is growing as it develops newer and more sophisticated variants. The HAL chief says more than 320 Dhruv ALHS have been delivered to the military. The eponymous Light Combat Helicopter (LCH), which has been regaling air show audiences with aerobatics performances, is awaiting its first orders.

On November 19, Prime Minister Narendra Modi handed over a HAL-produced LCH to the Indian Air Force (IAF). Perhaps the most promising is the single-engine Light Utility Helicopter (LUH), which HAL hopes to build 400 of. 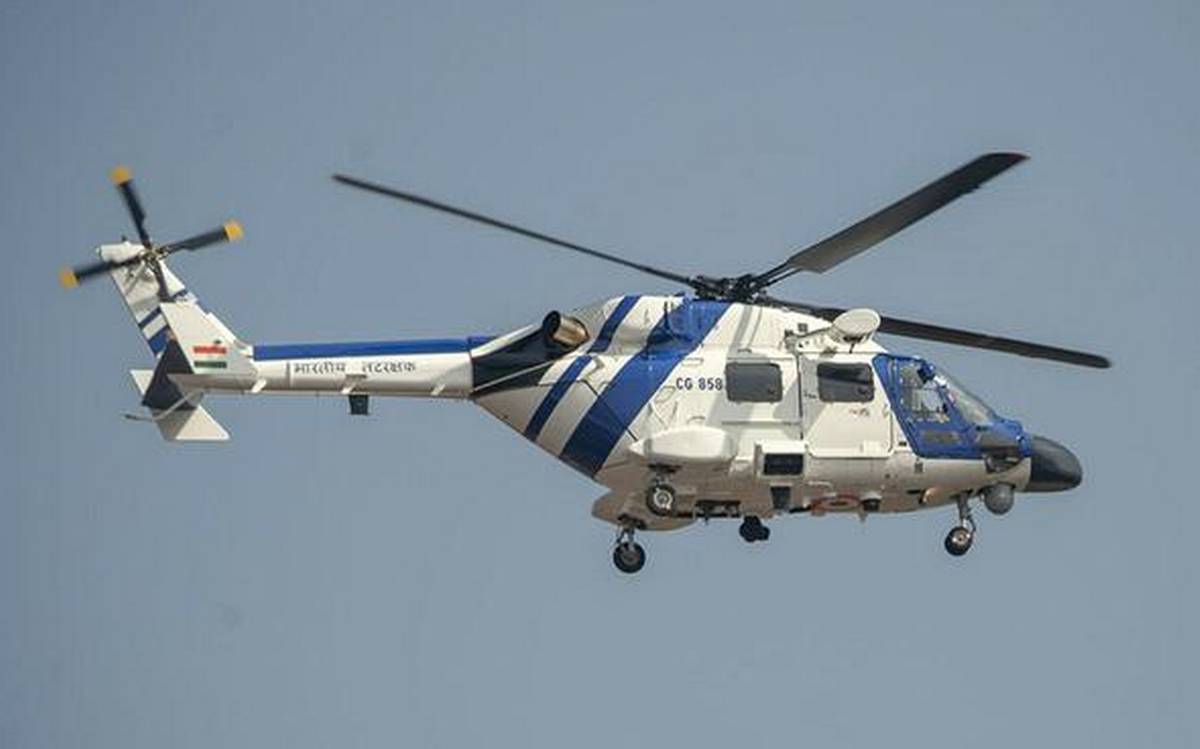 IAF boss Air Chief Marshal VR Chaudhary asked, during a recent visit to HAL, if the Dhruv could be fitted with additional capabilities. HAL’s helicopter engineers say they replied: “Just select the systems you want. We can integrate them all into the ALH, within the limits of its flying capability.”

India’s South Asian neighbours and nearby island countries – including the Maldives, Mauritius, Nepal and now Philippines – are already operating the Dhruv ALH in small numbers and expressing interest in more. Myanmar wants the LCH. 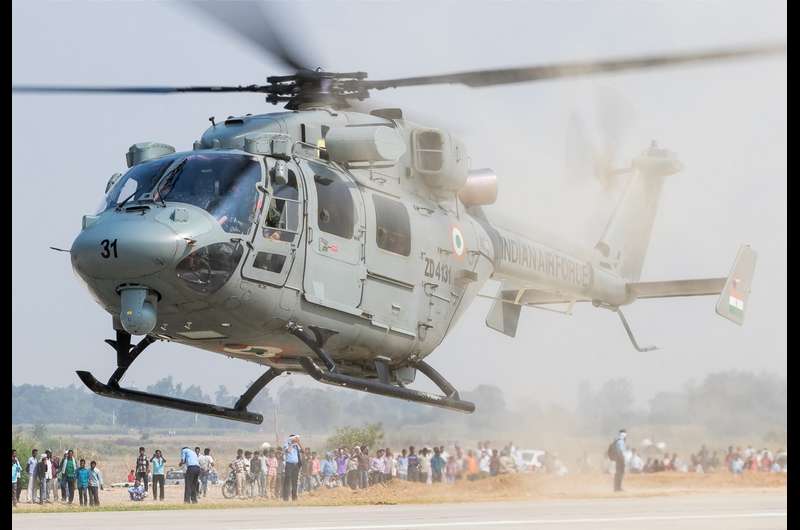 Notwithstanding India’s growing potential as a helicopter exporter, “end user” issues still constrain its freedom of action. With the indigenous content of HAL’s choppers still in the region of 50-55 per cent, and critical systems still imported from the UK, Israel and France; exporting these helicopters requires export clearances from these supplier countries. That often requires a political consensus over which countries it is permissible to sell these choppers to. Sometimes supplier countries are reluctant to sell weaponry to countries such as Myanmar.

Despite the rhetoric over “Atmanirbhar Bharat” (self-reliant India), simple economics makes it impossible to raise indigenous content above 50-55 per cent. The composite material that the helicopter fuselage is fabricated from is imported. Nor do any Indian firms manufacture the aluminium alloys that go into the chopper, because it is not needed in quantities large enough to create economies of scale. 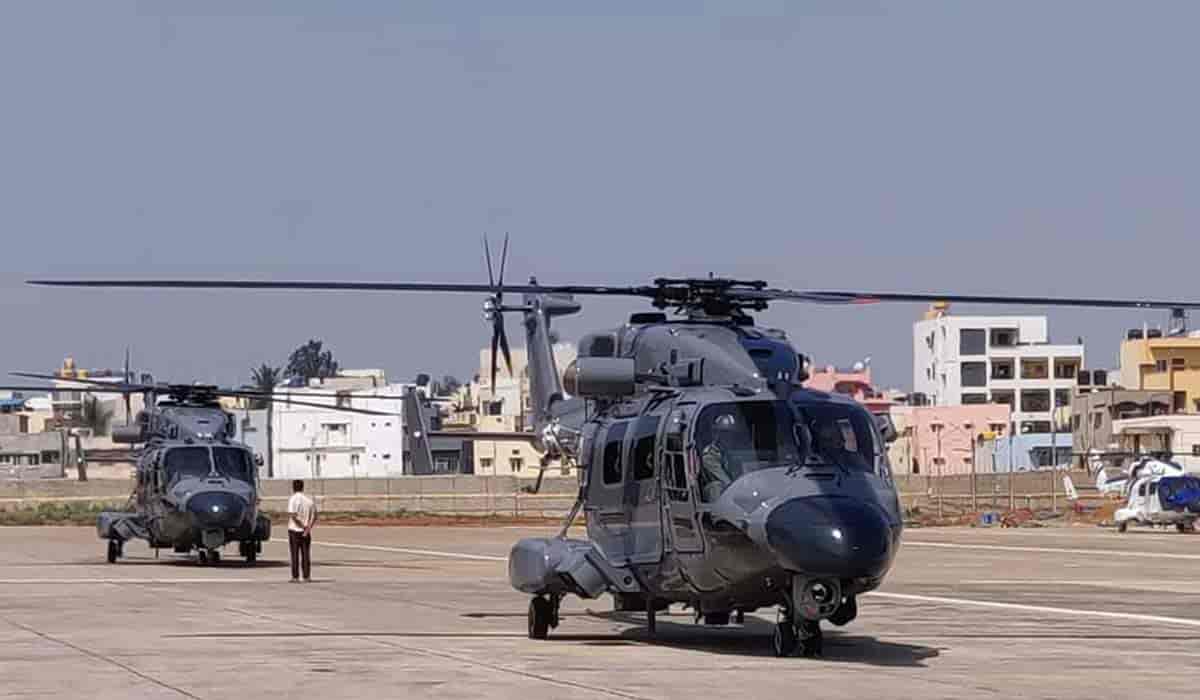 HAL’s engineers cite the example of ejection seats – a sophisticated product that is almost entirely monopolised by British firm, Martin Baker. Similarly, a British manufacturer, Cobham, makes mid-air refuelling gear for almost the entire western aerospace market. And, until Indian firms begin manufacturing aircraft and helicopter engines, exports of those will continue to take up 25-30 per cent of the cost of aircraft.