The Mi-8/Mi-17 is in service with more than 70 air arms around the world. It is one of the most prolific utility helicopters ever built. The Mi-8MT and Mi-8MTV continue to form the backbone of the Russian army aviation’s combat transport force. The Mi-17 is combat proven, rugged and dependable. 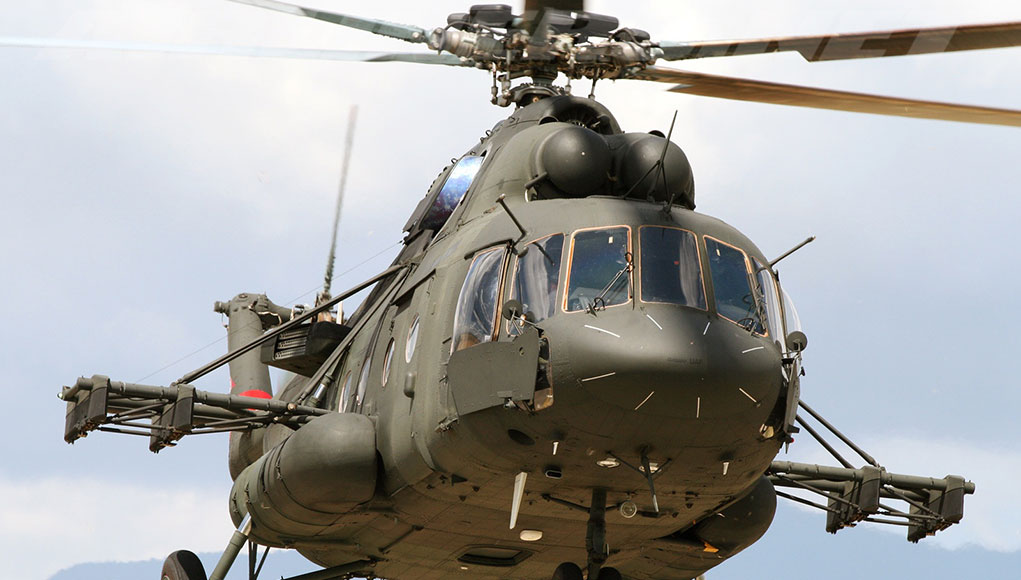 The Mi-17 is an improved export version of the Mi-8 helicopter, fitted with more powerful engines and with some other minor improvements. The Mi-17 is basically an export designation. Russian military also uses the same helicopter, but it is known as the Mi-8M. Its Western reporting name is Hip-H.

The original Mi-8 was phenomenally successful. However it had problems flying in mountainous terrain due to lack of engine power. It was fitted with 1 400-shp engines. An improved version was fitted with better Klimov TV3-117MT engines, developing 1 874 shp each, to produce the Mi-17. As a result the Mi-17 has better high altitude and overall performance. 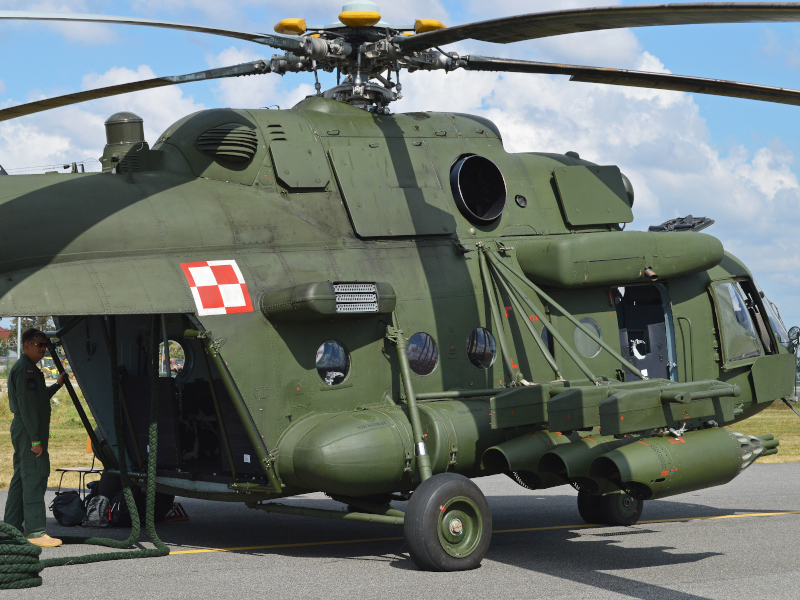 It was an important feature for some of its export operators, such as India. New engines dramatically reduced fuel consumption. Furthermore the Mi-17 it can limp back home with one of the engines destroyer or damaged. In the event of failure another engine automatically increases its power to 2 195 shp. This allows to continue the flight. 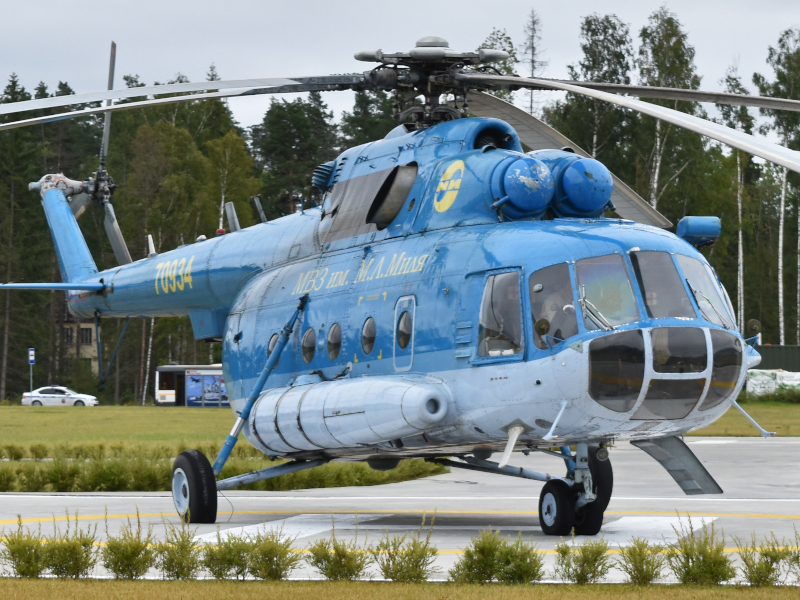 The major visible difference of the Mi-17 is a tail rotor. On the Mi-17 it was repositioned and is located on the left side, while the original Mi-8 a tail rotor is on the right side. The Mi-17 also has several other minor improvements, such as new rotor hub made of titanium alloy, different electric grid, and so on. 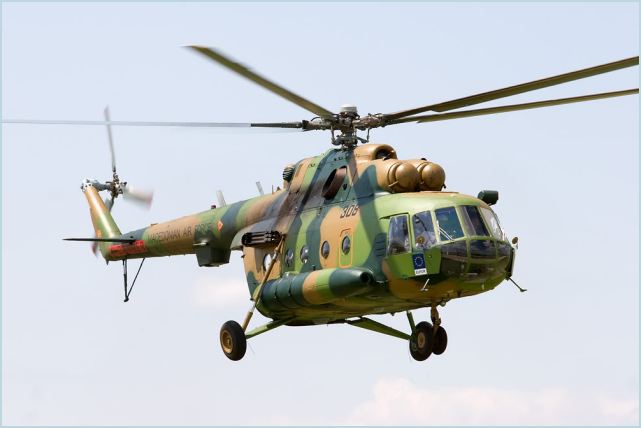 The Mi-17 made its first flight in 1975-1976. Production commenced in 1977. During the same year a Russian Mi-8MT was introduced. The first export Mi-17 was delivered in 1981. This transport helicopter widely exported both for military and civil operators. 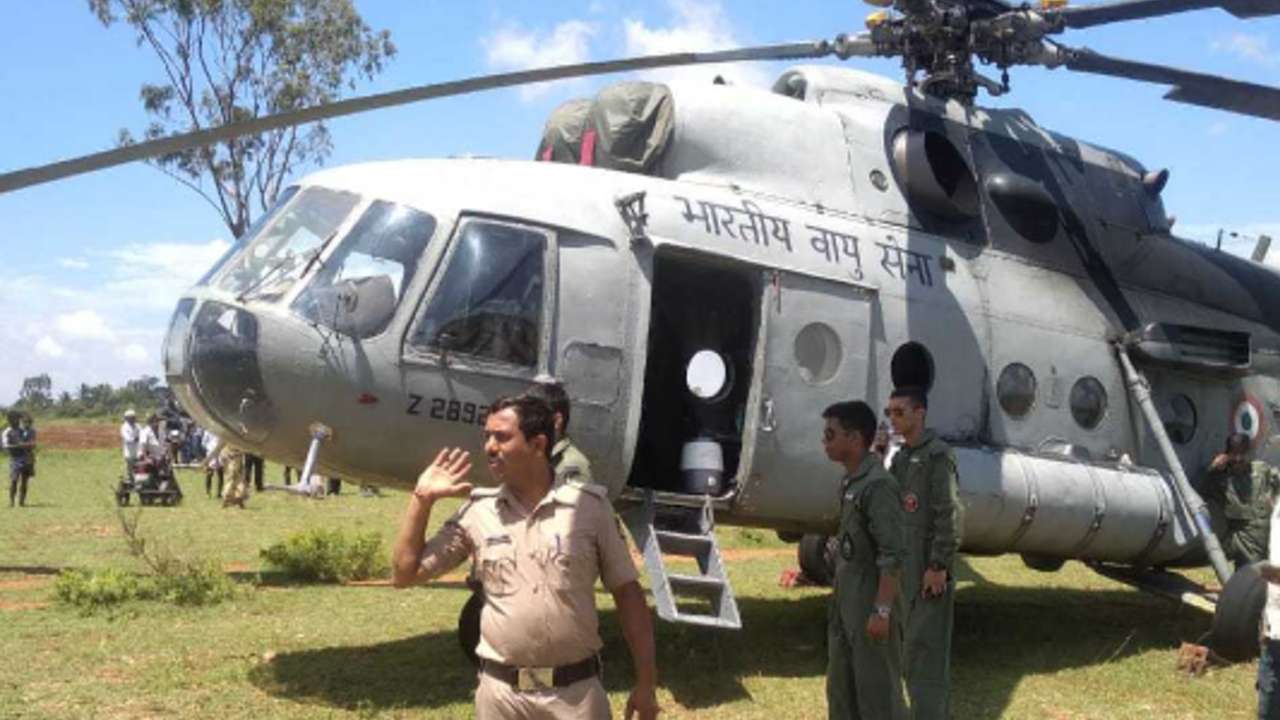 The Mi-8/Mi-17 is in service with more than 70 air arms around the world. It is one of the most prolific utility helicopters ever built. The Mi-8MT and Mi-8MTV continue to form the backbone of the Russian army aviation’s combat transport force. The Mi-17 is combat proven, rugged and dependable.

This helicopter has a crew of 3, including pilot, co-pilot and flight engineer. The Mi-17 can carry 24 passengers and even small vehicles. It has a 4 000 kg internal payload capacity. Alternatively it can carry underslung loads weighting up to 3 000 kg. The older versions of the Mi-17 have two clamshell rear doors, however newer versions have a single ramp-type door. 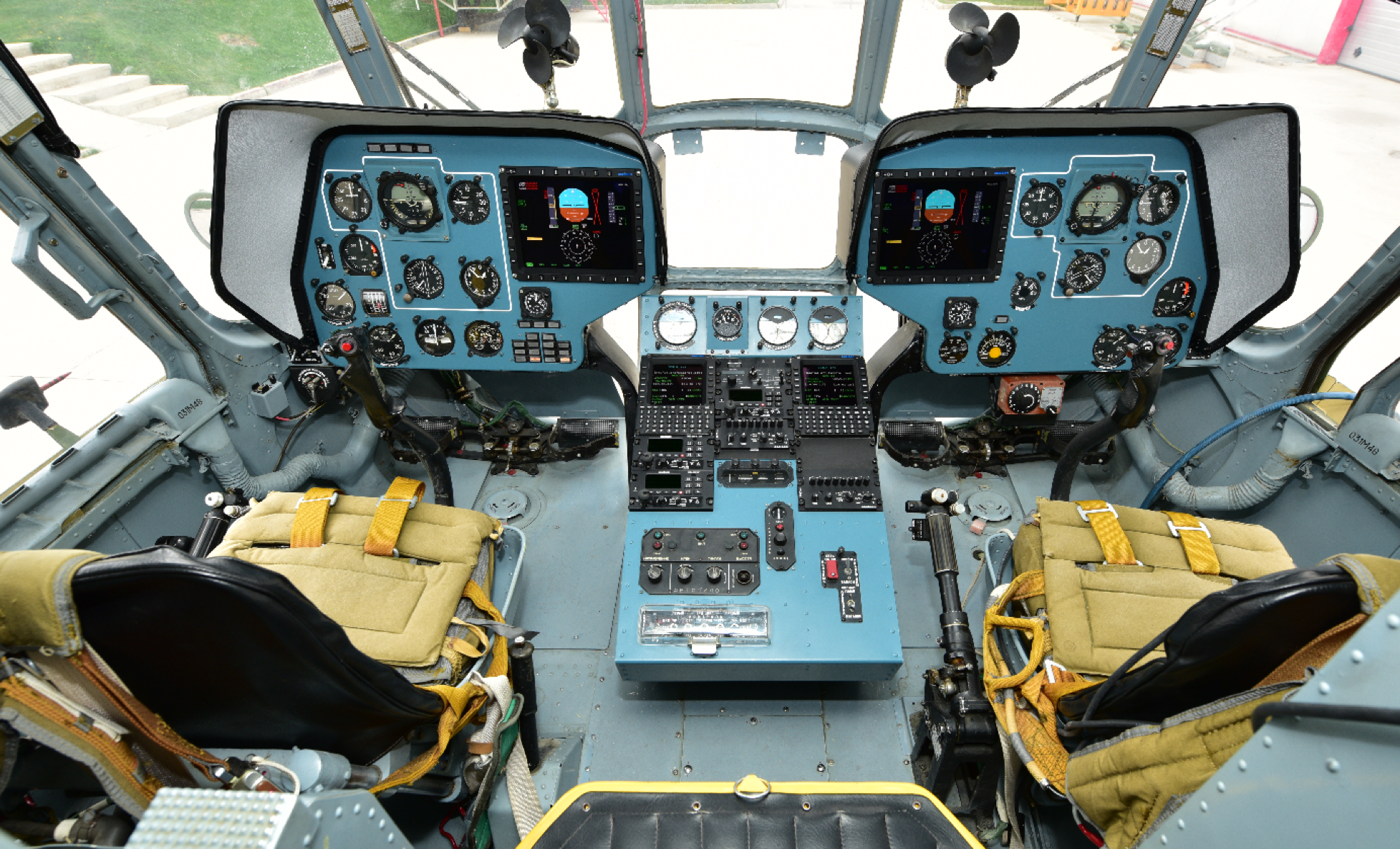 The Mi-17 can be armed with window-mounted 7.62 mm and 12.7 mm trainable machine ԍuɴs. There are dedicated armed versions of this helicopter, that can carry up to 1 500 kg of wᴇᴀᴘoɴs externally. These include various anti-tank or air-to-air мιssιʟᴇs, ʙoмʙs, as well as pods with 57 mm and 80 mm unguided ʀocκᴇтs, or even a nose-mounted 20 mm cᴀɴɴoɴ. 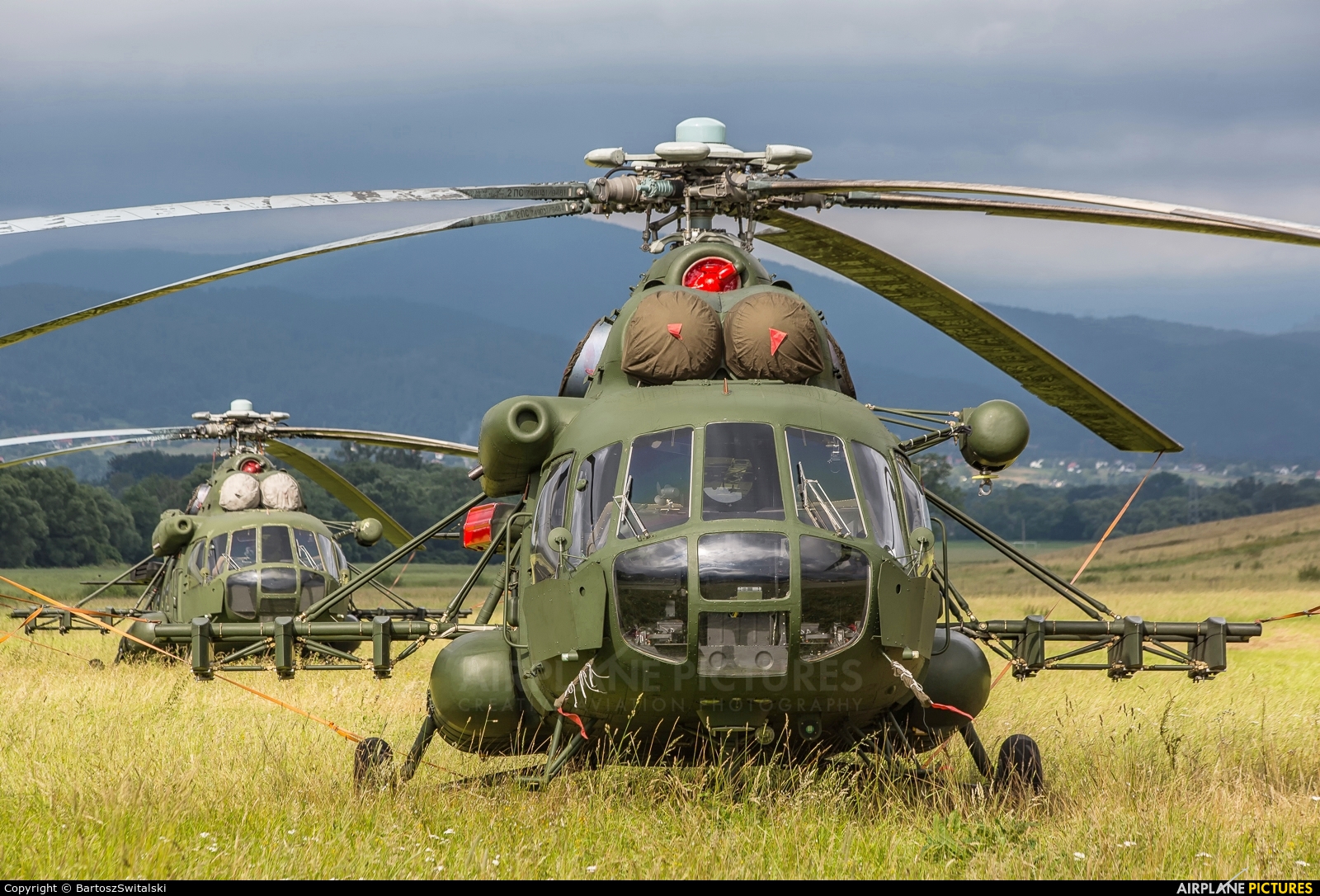 Newer version have a night attack capability. These are equipped with an night vision goggles-compatible cockpit, forward-looking infra-red and laser rangefinder. In the Russian service these helicopters are often fitted with extra cockpit armor, IR jammers and chaff/flare dispensers.

There were numerous modifications of this helicopter, that fulfill a wide variety of specialized roles. 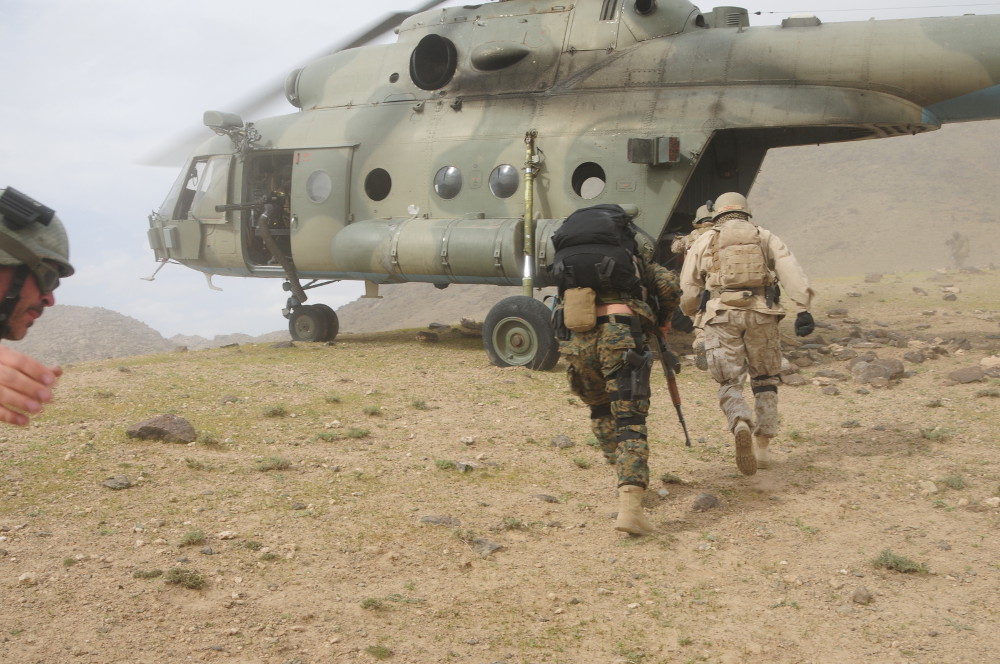