An extremely exotic photo of the newest Russian T-90M Proryv tank has been seen online. And it simply shows everything. On the tank itself, there is a new camouflage Nakidka net, which, according to the russians’ statements, has camouflage capabilities in the thermal imaging and radar spectrum. 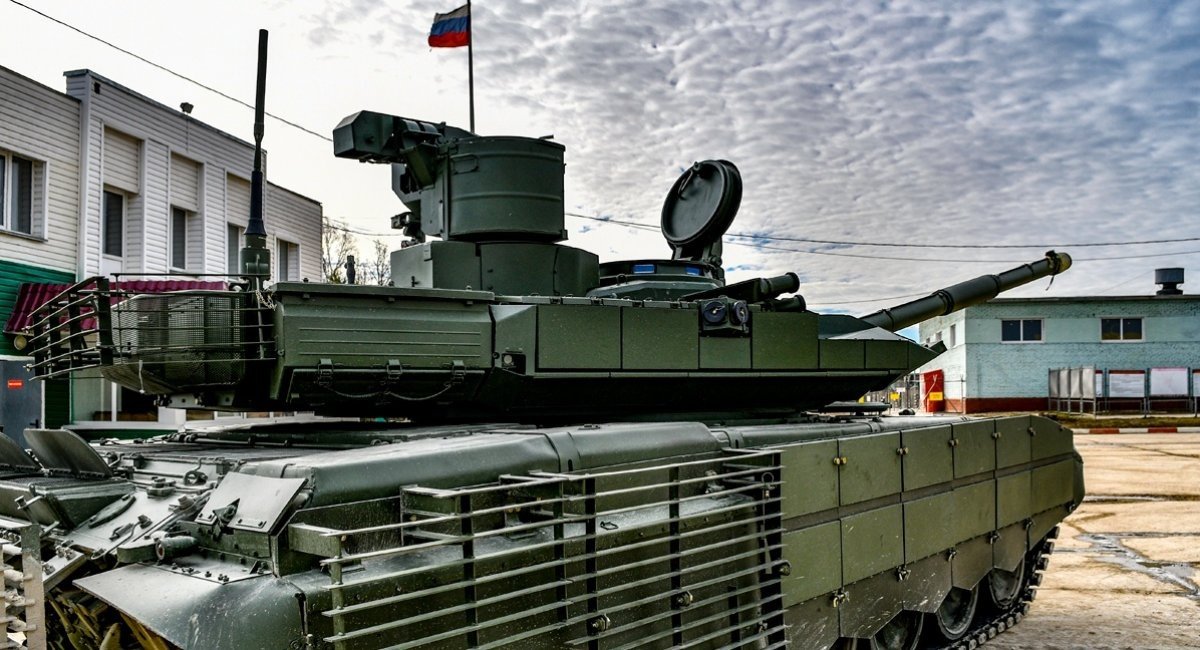 However, in this case the camouflage net is absolutely useless, as there’s an old familiar anti-Javelin barbecue grill welded above. That is, if the camouflage net somehow reduces visibility, then the metal grill is perfectly visible in the thermal imager.

At the same time, their faith in the grill is not enough, so an Orthodox cross was painted on the tanks’s crawler shelf. What is more, they added hunter’s trophies, which had been simply looted. Thus, the photo does not show the T-90M Proryv itself, but a real illustration of the entire Russian worldview. Take a tank, draw zed’s and crosses on it, decorate it with evidence of looting, and ∂єѕтяσу the regular additional protection with a desperate collective farmer’s pack.