According to information published by the US Navy on September 23, 2022, the guided-missile destroyer USS Zumwalt (DDG 1000) departed Guam after a scheduled port call.

This is the first time USS Zumwalt has pulled into Guam, and marks the farthest it’s ever been from its home port of Naval Base San Diego since its commissioning. While this was a working port visit, Sailors had a number of opportunities to rest and unwind on and off base. In conjunction with Naval Base Guam’s own Morale, Welfare, Recreation (MWR) program, Sailors were granted opportunities and transportation to visit popular local establishments such as restaurants, gyms and beaches all around Guam.

Port calls are part of the Navy’s routine operations. They allow Sailors an opportunity to decompress from the high demand of life at sea, contributing to the overall mission readiness of the ship.

About the destroyer USS Zumwalt

USS Zumwalt (DDG-1000) is a guided missile destroyer of the United States Navy. She is the lead ship of the Zumwalt class and the first ship to be named after Admiral Elmo Zumwalt. 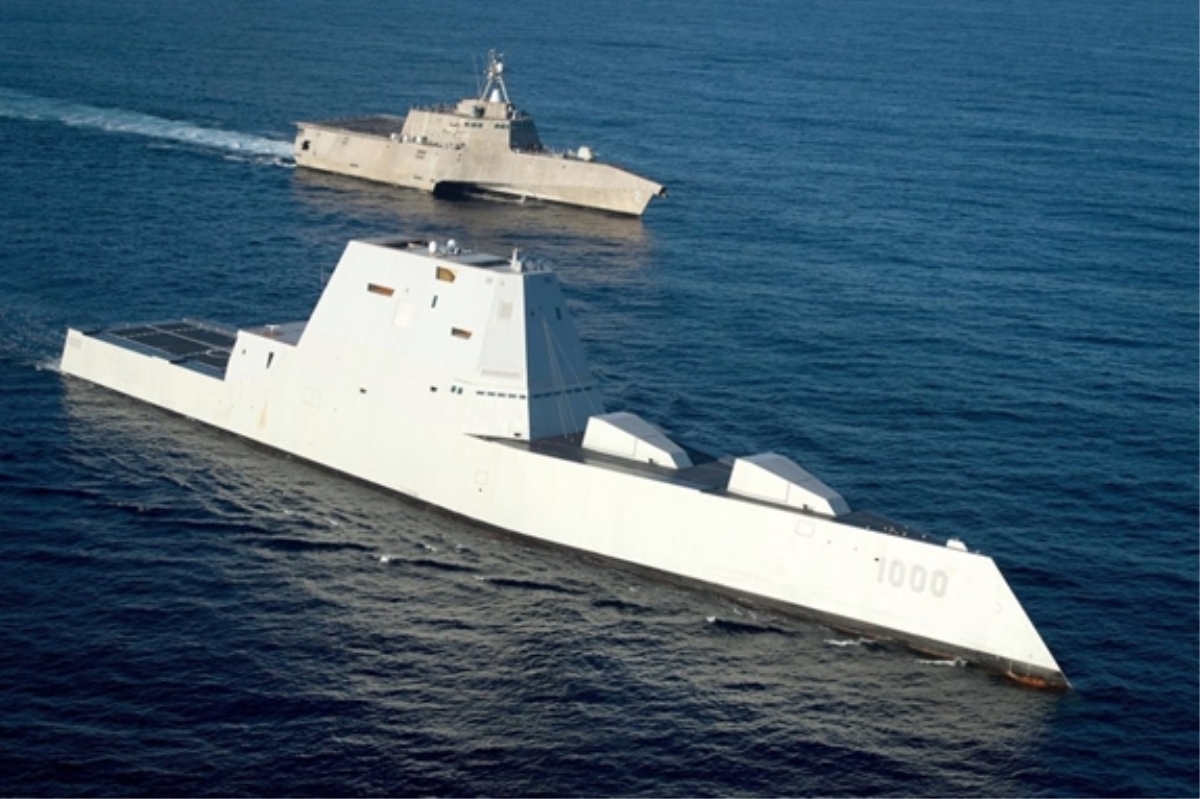 The Zumwalt-class destroyer is a class of three United States Navy guided missile destroyers designed as multi-mission stealth ships with a focus on land attack. It is a multi-role class that was designed with a primary role of naval gunfire support and secondary roles of surface ωαяƒαяє and anti-aircraft ωαяƒαяє.

The ship will be crewed by 147 officers and enlisted personnel and a 28-person aviation detachment. The 15,995-metric ton Zumwalt was built at Bath Iron Works in Bath, Maine.

The Zumwalt-class is much larger than today’s destroyers, fielding a considerably larger flight deck and aviation facility – space to operate with F-35 Joint Strike Fighters, MV-22 Ospreys, and unmanned systems to execute a wider array of surface, aviation, and undersea missions that deliver more manpower, firepower, and computing power to the fight.